From ITALYSERVICE, post Panissa, a special dish made by rice

The Panissa is a typical Vercelli dish with very ancient origins. Our area is famous for the cultivation of rice: let’s not forget our squared sea, ie the rice fields. And so, one of our most famous typical dishes could only be rice based. But rice is not the only ingredient. There are some key that make this dish unique. And they are all elements of the Vercelli territory.

Birth of Panissa from the city of Vercelli
How was Panissa born? Historians can not answer exactly, but certainly the inventor is a rice grower, who decided to make a single and complete dish. Above all a dish that warmed up and provided the energy needed to continue the hard work that awaited him in the fields. Seeing the first version of this dish, the first recipe looks like a hurried dish. In fact, the first recipe of the Viscellese panissa sees as ingredients: freshly cooked rice and beans heated with lard, in a pan. 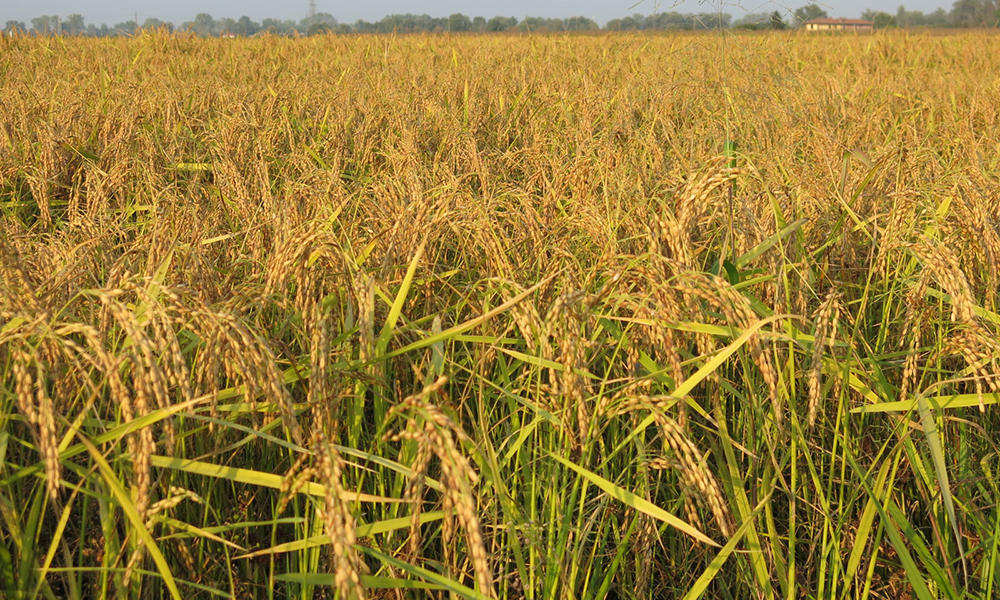 Over time, it has undergone changes. We can safely say that these changes are, in reality, improvements. In fact, the ingredients introduced with each new modification, are ingredients that go to “strengthen” the dish. Up to making it more tasty and nutritious.

The original recipe
The Panissa vercellese was considered the dish of the day of the party, that is the main dish of Sunday lunch. The basic recipe was too simple and poor, needed to be reviewed to make it tastier. The first ingredient that was improved: the beans. To improve them, they soaked the night before. On the morning of the “dì d’la festa” a mixture of onion and minced lard was prepared. To this sauté was added another ingredient from this area: the salam d’la duja. Salami under fat.

This typical Vercelli sausage is what gives Panissa its characteristic flavor. It is stored under fat in a clay pot, the “duja”. The strong, spicy flavor of salami is given by the rancid fat. And it is this flavor that makes Panissa tasty. Obviously it can be avoided or attenuated by often changing the preservation fat. Generally, every two or three months. The salam d’la duja was considered a luxury food.
After frying the crumbled salami, the rice and the fried were added. After cooking, the panissa was ready to be tasted.

Panissa vercellese over the years
As stated, the original recipe has been added. Beginning with the addition of cotechino and pork rind during the cooking of the beans (rigorously borlotti coming from Saluggia and Villata). After a three hour cooking, the salami was removed. The beans were drained and divided: the whole beans were used for Panissa, the beans were kept for the soup. 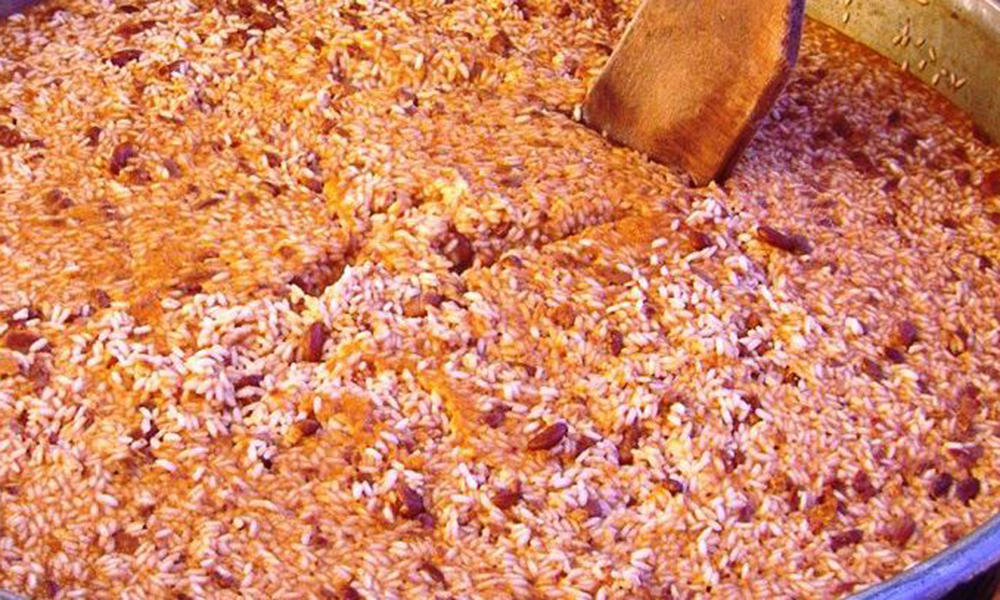 Other additions concern the peeled tomatoes. In fact, some recipes of Panissa vercellese also have peeled tomatoes added to the sautéed. Others a sprinkling of grated cheese, but it is not always a well-seen addition. On the contrary, for some distances the taste of Panissa softens it. And Panissa should not be kind, but robust, rich and tasty. Additions must be common sense. And if there is not a real recipe because of all the changes over the years, there are some ingredients that should not be covered. Such as: basil, parsley, sage and so on. Never.

Where to cook the Panissa vercellese?
The Panissa vercellese must be cooked in a well-tinned copper pan. You put the minced lard with the knife. Fry and brown it until it melts. Then add the onion cut into large pieces, taking care with the fork until it is unmade. Add the crumbled salami and fry it. Then the rice is added and the rice is stirred. And at this point the beans are added with their stock. Everything must be stirred once, to distribute the beans evenly. When ready, after 20-25 minutes, cover the pan and leave to harden for 3-5 minutes. Now the Panissa vercellese is ready to be served and appreciated!

From ITALYSERVICE, post Panissa, a special dish made by rice

THANKS TO ALL MY VISITORS

Please write me at: manoli@italyservice.co.uk

In my website https://www.italyservice.co.uk you will find a lot information about Made in Italy food and wines

PLEASE VISIT HERE THE NEW HOLIDAY CATALOG https://www.italyservice.co.uk/holidays-catalog/ and order at special prices my selection of MADE IN ITALY PRODUCTS